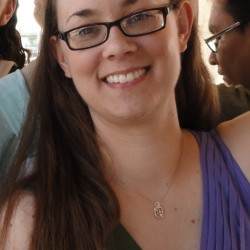 Merin is a teacher, a book blogger, a baseball addict (Go Cardinals!), lover of music, movies and TV crime dramas, and YA/MG connoisseur. Follow me on my blog at http://ahandfulofconfetti.wordpress.com!

The School for Good and Evil
Soman Chainani
Progress: 40 % 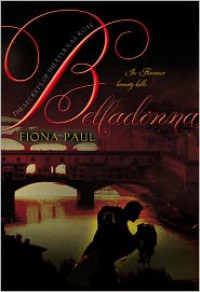 I want to state up-front that Belladonna is probably the most difficult book I've ever tried to review. The truth is that my feelings while reading this book were literally all over the place: I was frustrated, caught up, annoyed, cheering, sad, tense, and anxious pretty much constantly (and my Goodreads Status Updates prove this), which means that, in terms of storytelling, this book excels quite well. But at the same time, I had such a difficult time with aspects of this story, that I came away from it upon its completion completely uncertain what that meant in terms of my overall feelings, and eventual rating. As such, I want to apologize if this is all over the place. Considering that my reactions are all over the board, that would make perfect sense, but having a complete lack of clarity probably doesn't make for the best review. So feel free to take what I have to say with a grain of salt.

First of all, I want to talk about what I liked in Belladonna. Being a sequel, I liked that the mystery and danger were ratcheted up. I liked that we were slowly getting more and more clarity regarding what's going on, but that there are still plenty of questions left to be answered. I liked seeing a bit more of Luca, and the fact that, even without being in the actual story, he was very much present in Cass' mind, which made him very present for the reader. And I liked Cass' determination and stubbornness - at least in regards to most things - even if some of her actions and ways of thinking weren't particularly historically accurate.

But in Cass lies my biggest issue with this book as well. In Venom, she pretty much dove head-first into trouble, following Falco wherever he led her without any regard to her safety or sense of propriety (Falco's not big on propriety, after all). After the dangers she faced - and endured - I was hoping that she would be a bit more, well ... intelligent, I guess. I wanted her to think things through, to realize that she wasn't as invincible as she'd thought, and most of all, I wanted her to use her head a bit more around Falco. She had a very clear goal here - to figure out a way to save Luca from his impending death - and while she mostly kept that thought in the forefront of her mind, I was still extremely concerned with the way she allowed Falco to affect her, to the point that, once again, she ending up making some rather poor decisions. I find it interesting that I went from liking her to being irritated with her and then back to liking her almost constantly; it's enough to make a person dizzy.

I also want to be clear about this next point, because my feelings for this particular character colored a lot of my opinion of this book. I do not like Falco. I do not like him at all. I do not find him to be your typical bad boy with the fake persona who deep down has a heart of gold. Falco is not a good guy. He is sleazy, and he uses Cass' lust for him to his advantage, to the point where he's almost able to control her because of her physical reactions to him. I don't find him funny or suave or likable in the slightest, and the fact that Cass continues to swoon incessantly over him makes me want to strangle her. He said some incredibly awful things in this book, treated Cass terribly on more than one occasion, and - what was worse - she forgave him for it because, in her mind, she made excuses and "understood" why he said what he said. That is not a healthy relationship, no matter how he makes her insides flutter and her knees weak. I just cannot get behind it at all. And, okay, sure, possibly he redeems himself in the final book. I kind of hope he does, simply because I find that to be personally fascinating. But I definitely don't want them together. I actually want Cass to get as far away from him as possible, because anyone who looks down on people for doing what society dictates - in this case, marrying someone of your same class status - and actually ridicules you because of it isn't worth your time, your attention or - most of all - your love. I'm hoping that Cass' revelations about Falco at the end will stick with her and this will be the last time we see this particular aspect of the "love triangle" because, quite honestly, if she ends up with him at the end of this series I may actually dissolve into a pile of rage! (On a lighter note, you can probably tell that this is the strongest I have ever felt about a love interest in my entire life, and I'm not exactly sure how I feel about that. I don't know how all of you hardcore shippers out there deal with this!)

All in all, I want to be clear that I did enjoy Belladonna a lot, despite my numerous complaints. The ending left me literally on the edge of my seat, gripping my Kindle tightly in my hands. It also ensured - despite my reservations about Falco which I so nicely outlined above - that I will definitely be reading the final installment. I do think that, in terms of storytelling and pacing and atmosphere that Belladonna is a definite step up fromVenom, and I like where the mystery is headed. Considering the situation Cass finds herself in at the end of this book, I look for even more growth from her in Starling, and I shall be eagerly anticipating the trials and tribulations her and the others are going to have to go through to try to set everything to rights.

An e-galley was provided by the publisher via Edelweiss in exchange for an honest review.

To see more of my reviews, please visit me @ Read and Reviewed!